And then?
The irony of history: Berlin’s scandal-ridden major new airport is now complete, in the middle of the post-lockdown crisis and a billion-euro stimulus package from the German government. On learning of the airport’s planned opening on 31 October, the German daily TAZ noted "No less than a wonder". Now that the responsible building authority has approved the new airport’s main terminal for use, nothing stands in the way of its opening. Until fairly recently the public would have responded to this piece of news with "Finally!", naturally coupled with relief that it was now all over after so many years. But the times of the coronavirus have brought about fundamental changes – and these also concern air traffic volumes and the airport’s prospective operations. To date Berlin’s major airport has cost its owners about 5.5 billion euros – a sum that can only be recouped if the facility functions as planned. In view of the dramatic decrease in passenger volume the prospects of this happening look bleak, however. The projected costs of the operating losses have burgeoned quite substantially, and currently there is no telling when air traffic movements will recover to any significant extent. Completion of the airport is thus just a small initial success – if that. On top of that the final bill has yet to be presented.

Palace doings
Following eight years of construction work, parts of the Stadtschloss including the Humboldt Forum contained within its walls will be opening at the end of 2020. It was back in 2012 that Berlin’s erstwhile Minister of Construction and Culture and mayor Klaus Wowereit gave the go-ahead for its reconstruction. The costs of 644 million euros are mainly borne by the federal government, with 34 million euros coming from the Berlin state government. Franco Stella’s construction and reconstruction architecture met with sharp criticism from the very start, and justifiably so. It also signifies something that is all the more perplexing in view of the German capital’s current situation, as Berlin has to cope with the departure of the Flick Collection from the Hamburger Bahnhof museum next year. Thomas Olbricht’s "Collectors Room" will be closing and the collector Julia Stoschek has announced that her media art collection will be moving from the city. The exodus of art has begun. The strange signal being sent by the German capital in the cultural landscape concerning the rebuilt imperial palace and its faithfully reconstructed Baroque façade, complete with crown and eagle, coat of arms and crucifix, is thus all the more disconcerting. What for, is the question – to distract from the cultural misery?

Perplexing German capital
It was 18 years ago that the Bundestag gave the go-ahead for construction of the Stadtschloss and the Humboldt Forum. A lot of time has passed since then, and without doubt situations like the current pandemic cannot be foretold – which is all the more true concerning BER Airport. Nevertheless the bodies behind both major projects have disagreeable questions to answer regarding not only the architecture but also construction processes, finances and usage. Whatever the case, this much is certain: neither the palace nor the airport can be regarded as future-oriented today. 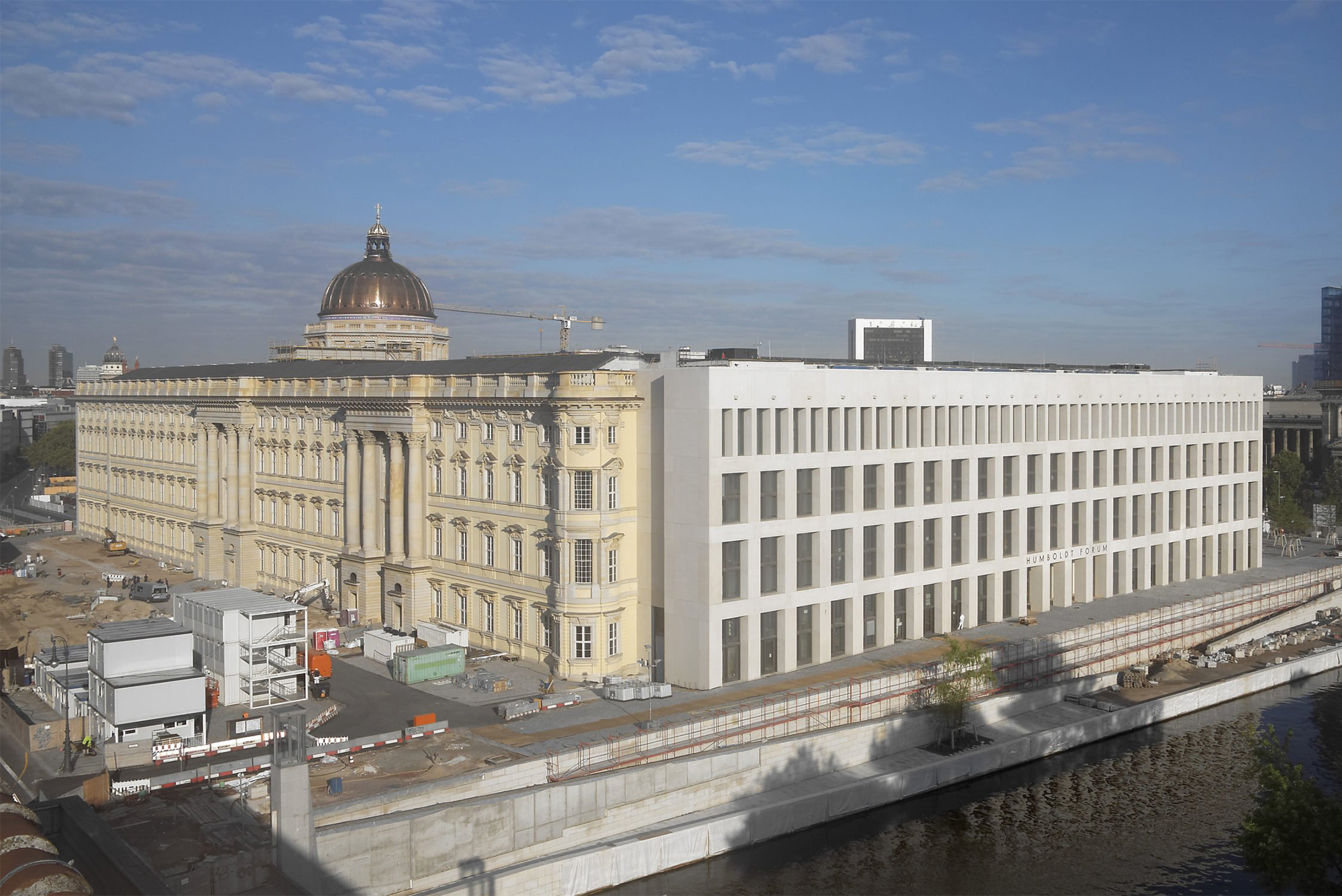 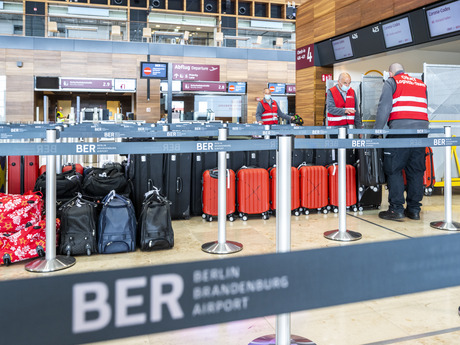 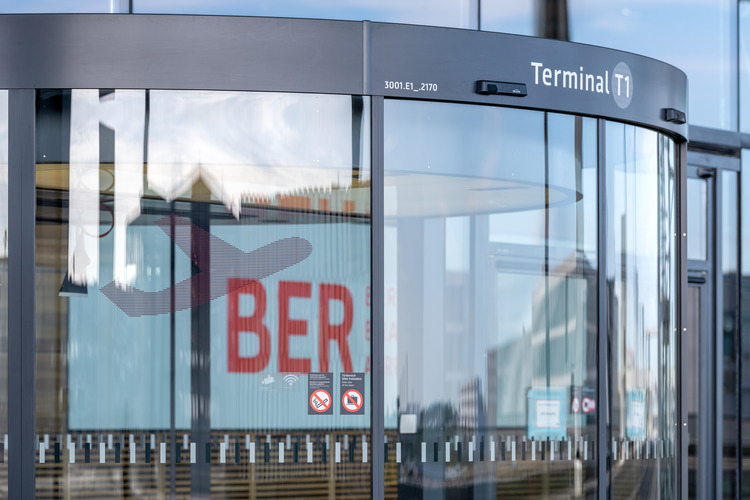 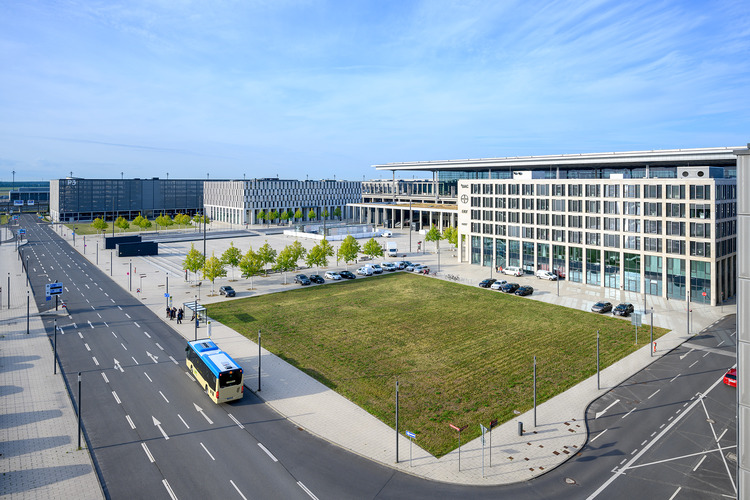 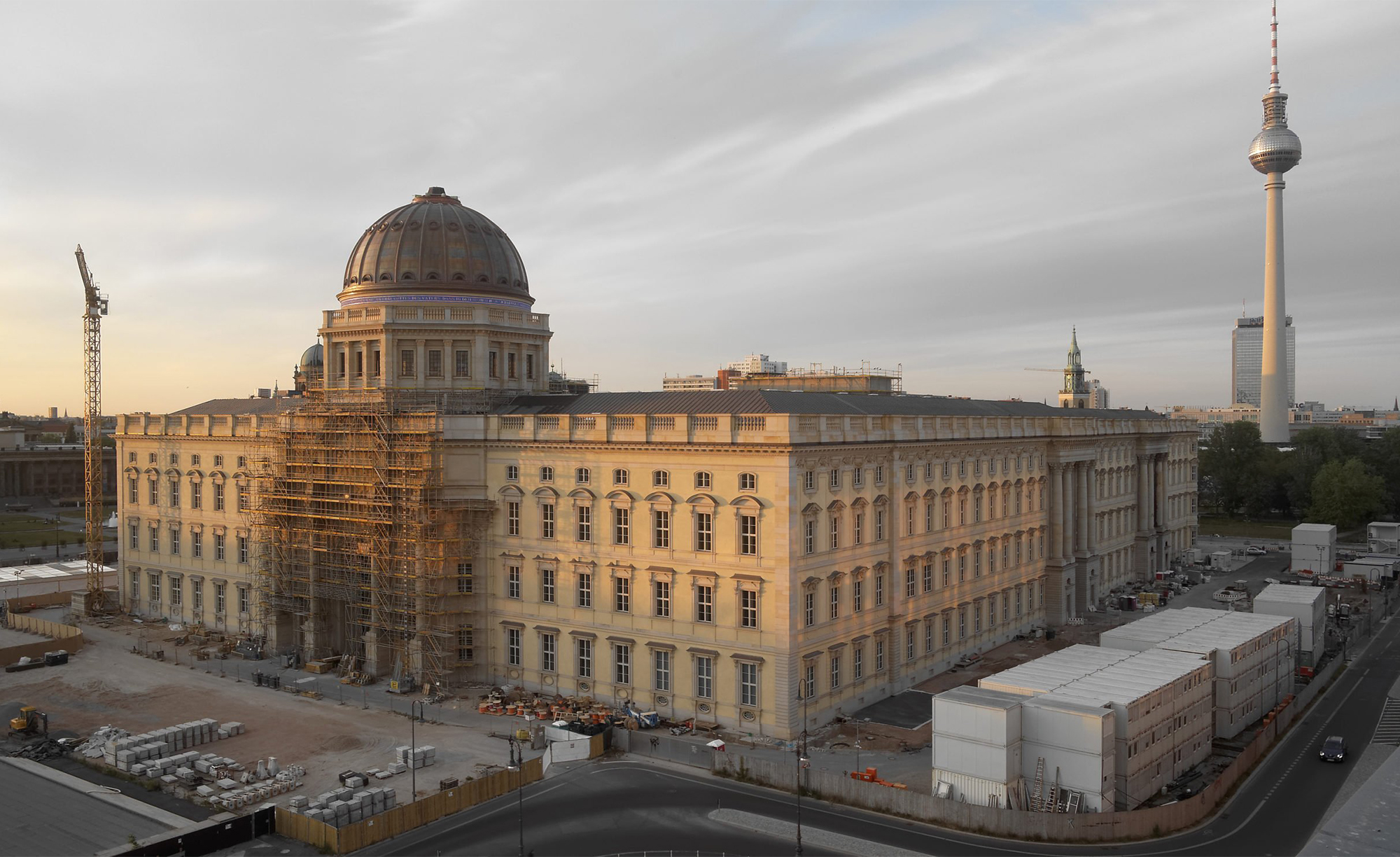 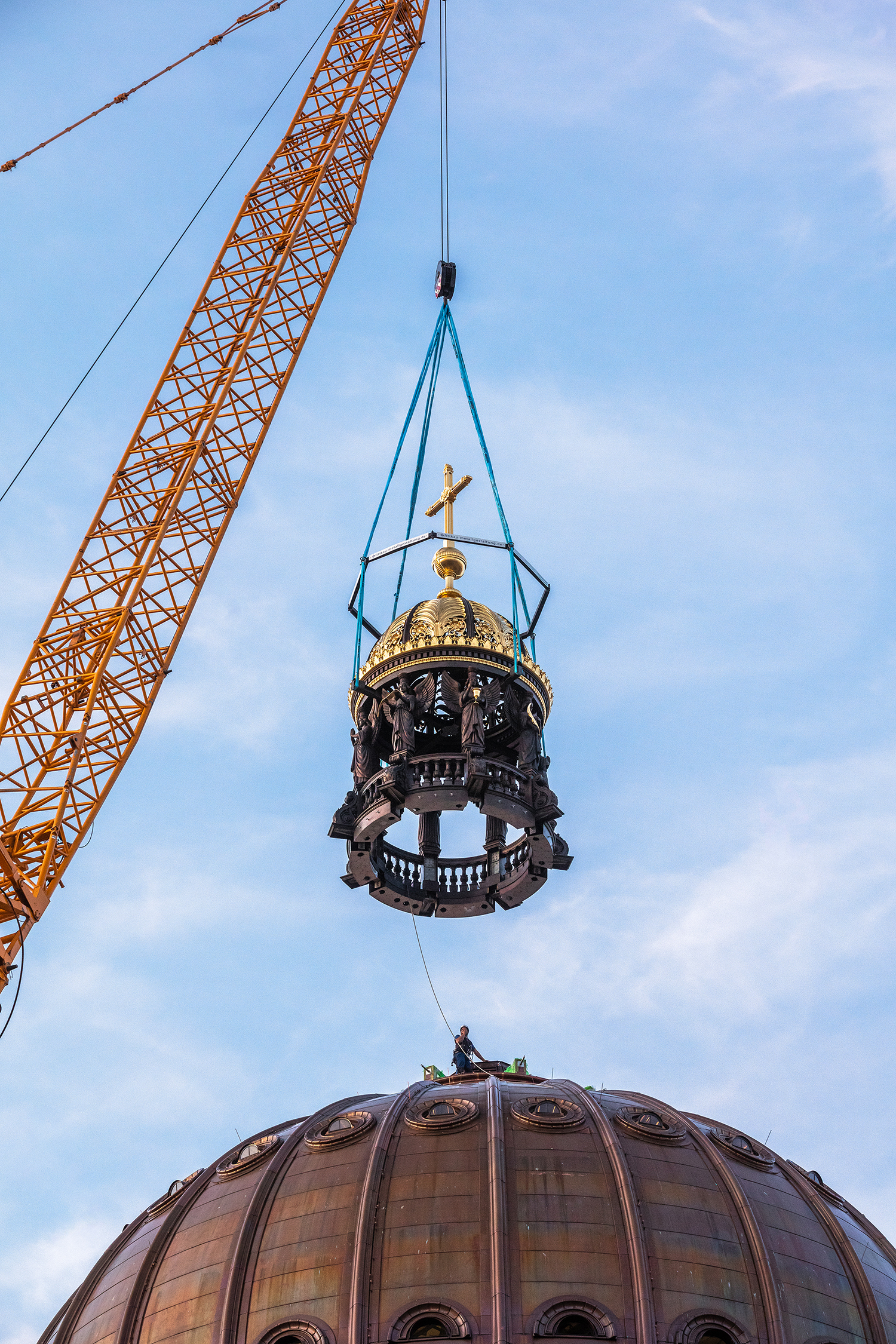 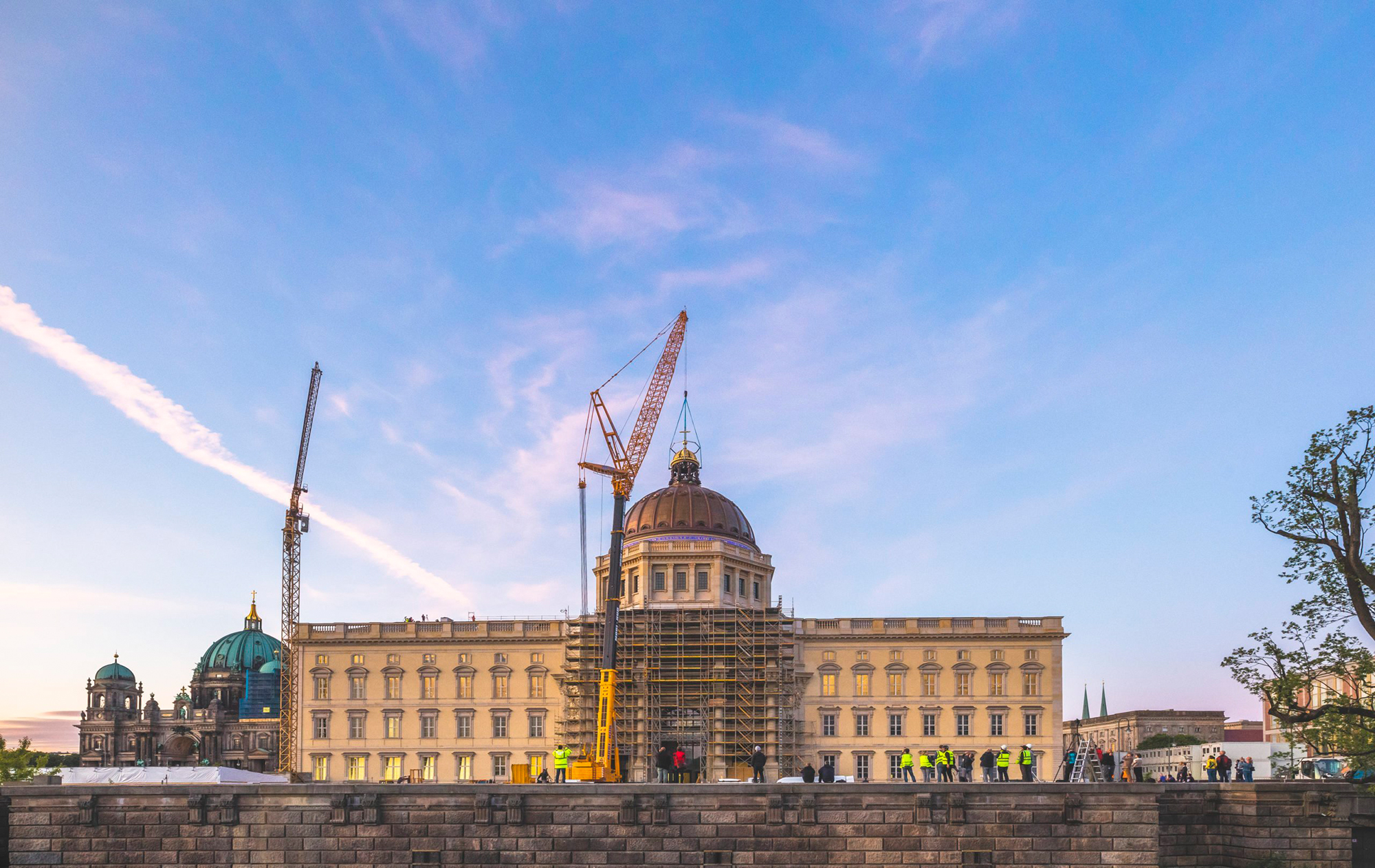 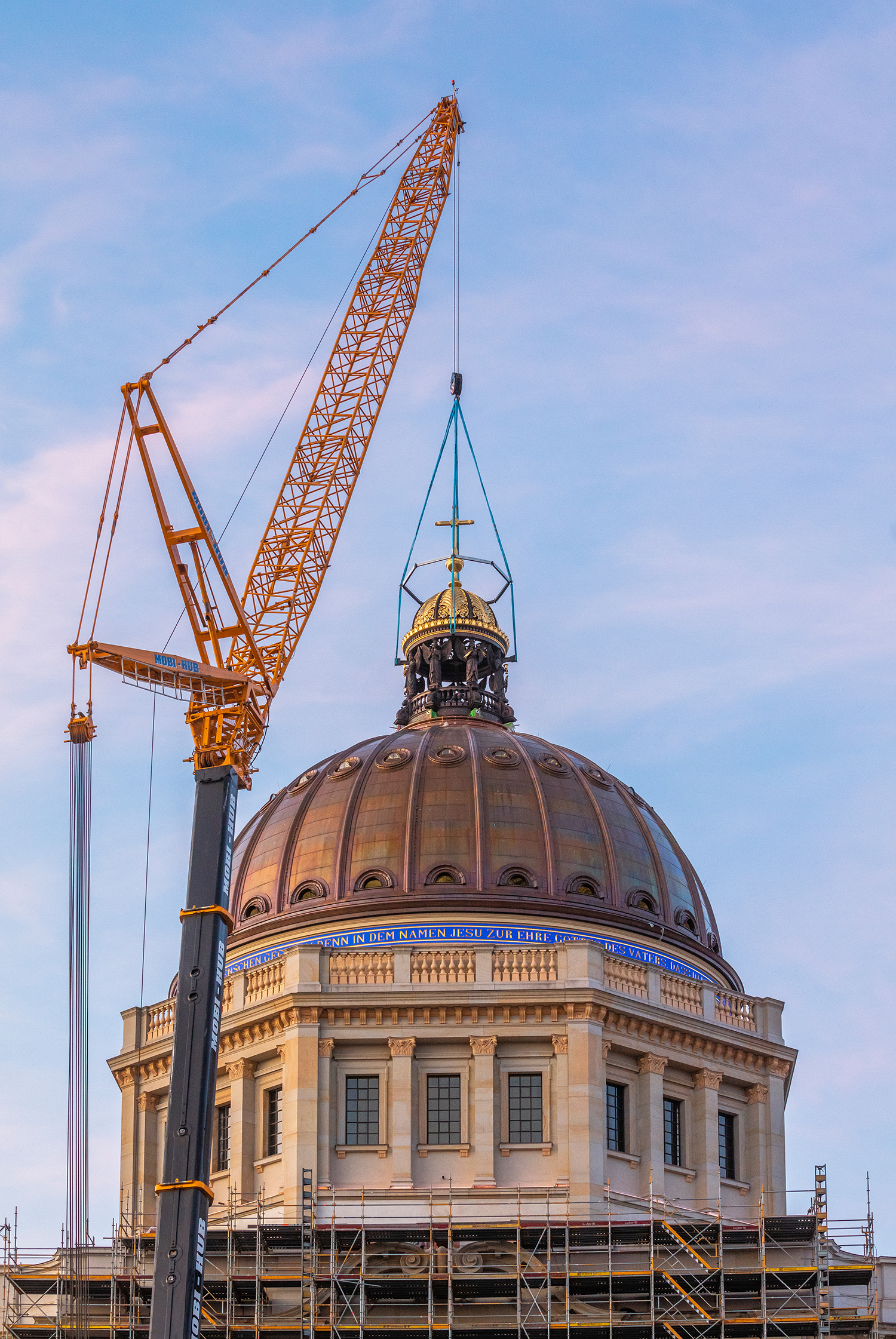