The Neue Heimat System - (Barren Urban Development or) a Model Solution to the Current Housing Crisis?

It took 37 years for the archives of the Neue Heimat housing association, which include 25,000 photos and 25 hours of film, to be studied in depth. Now, two book publications and an exhibition document the architectural side of the social phenomenon in post-war Germany that so suddenly failed due to a scandal. The findings strike at the heart of our current housing construction woes.

Christiane Thalgott, a former head of the municipal planning and building control office in Munich, made the right decision when she suggested another exhibition about Neue Heimat to the director of the city’s Museum of Architecture. Inflated rents, a shortage of building land in the centre, high demand for affordable housing: the solution lay in densification and streamlining building processes by means of industrial prefabrication and serially designed floor plans. Indeed, the most urgent topics of today’s urban policy are nothing new. After the end of the Second World War, they led to the establishment of Neue Heimat, a housing construction association that was not only to maximize profits, but also come under the control of the unions and thus give top priority to the common good.

Among the many, bitter lessons of the Neue Heimat story there is the fact that in the 1980s, the City of Munich could have taken over the 50,000 apartments in Neuperlach that were part of Neue Heimat’s bankruptcy assets. The city refused, and private investor Alfons Doblinger moved in, which could hardly have been to his detriment.

In the 32 years of its existence the Neue Heimat housing construction company, which was operated by the trade unions after 1950, erected 460,000 affordable apartments, primarily in large residential districts. During the economic boom of 1953 to 1973, 20,000 apartments were built every year. Compared to now, this seems like a lot. The City of Munich is currently striving to complete 8,000 to 10,000 apartments annually. When it comes to overall building activity in West Germany - 500,000 apartments were built in 1953, and 700,000 in the record-setting year of 1973 - Neue Heimat was simply one of many large enterprises. However, it formed the image of post-war German cities and our society to an extent like no other housing construction firm.

The exhibition at Munich Technical University’s Museum of Architecture will now relate the entire Neue Heimat story. It will tell of the first apartments for bombed-out German families forced to live in huts after 1945, the futuristic cultural temples such as the machine-like ICC Berlin, as well as the Klinikum Aachen hospital, which has 1,500 beds, and widely unknown international projects from the outskirts of Paris to Jerusalem, Tanzania, Ghana and South America. Naturally, the exhibition concludes with the original covers of the Spiegel news magazine, which exposed the embezzlement and mountains of debt arising from mismanagement, ultimately leading to the dissolution of a company originally conceived to serve the public good.

Andres Lepik and Hilde Strobl are the curators of this exhibition. In their research, they were able to refer to the exhaustive preliminary work on the part of Ulrich Schwarz of the Neue Heimat archive in Hamburg. Schwarz has recently presented the results of his decade-long analysis in a book that comprises 800 pages and tips the scales at 3.5 kilos. The exhibition catalogue itself, which will appear in Edition DETAIL, is 236 pages long and takes an orderly look at the virtually inexhaustible archive materials. Lepik and Strobel have not included the internationalization of Neue Heimat in the catalogue, although it is extensively documented in the exhibition. Rather, a photoessay by photography duo Myrzik and Jarisch depicts evocative scenes of the current situation of the large residential districts Neue Vahr in Bremen, Neuperlach and Parkstadt Bogenhausen in Munich, Mümmelmannsberg in Hamburg, Mettenhof in Kiel and Emmertsgrund in Heidelberg.

In terms of urban development, the exhibition begins with the reconstruction of destroyed perimeter blocks in Hamburg in 1950; the architectural journey ends in the 1980s with postmodern perimeter blocks and the experimental neighbourhood known as Documenta Urbana in Kassel. In between, there are completed large-scale projects and planned satellite towns that anticipated the architectural language seen today at offices such as Zaha Hadid and UN Studio.

Neue Heimat always reflected the spirit of the age and commissioned the most renowned architects. Particular highlights of the exhibition are the 21 contemporary video interviews. In the 100th anniversary year of the Bauhaus, original plans and the spoken word, for instance from architects such as Ernst May, are especially significant. 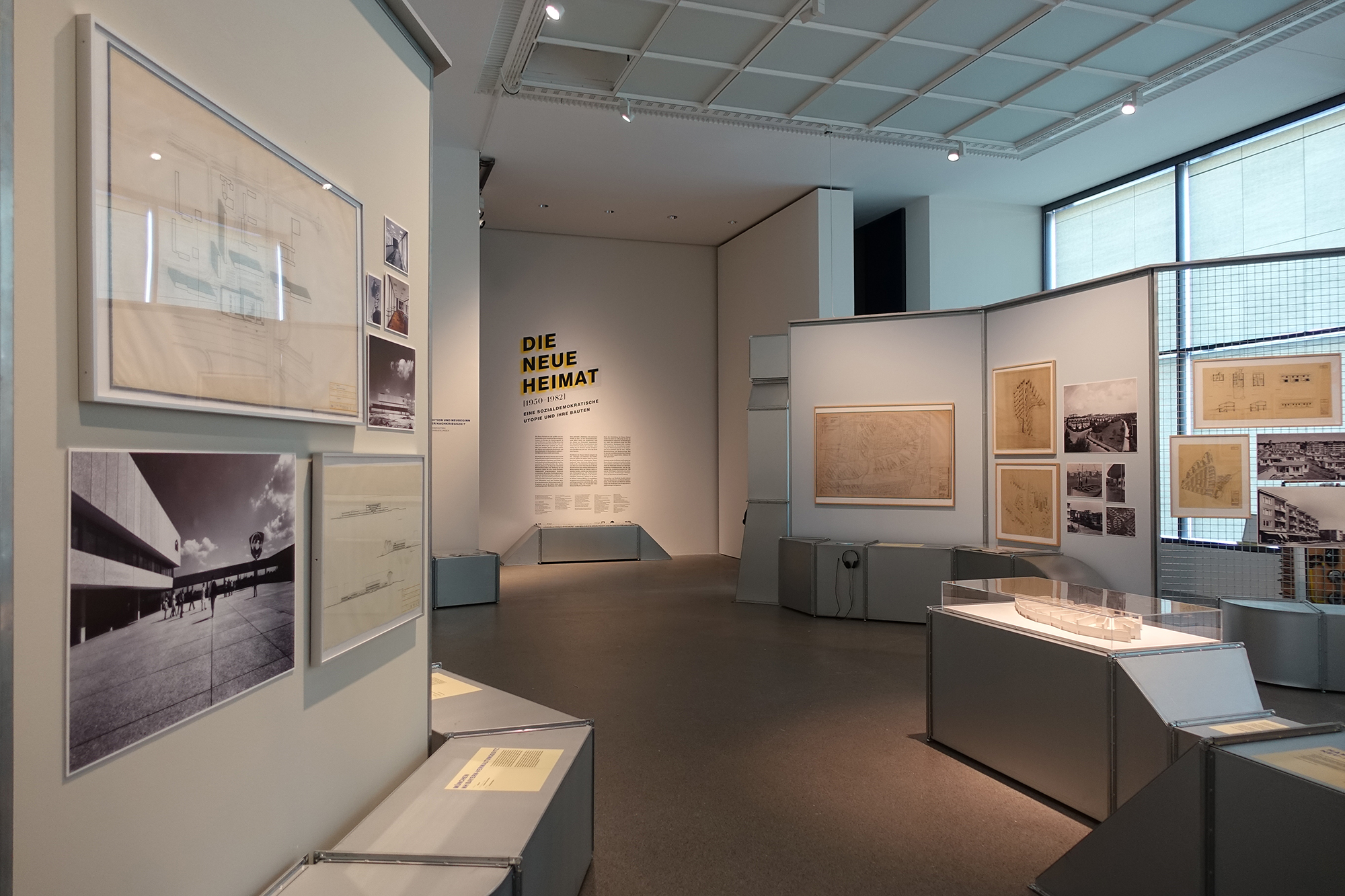 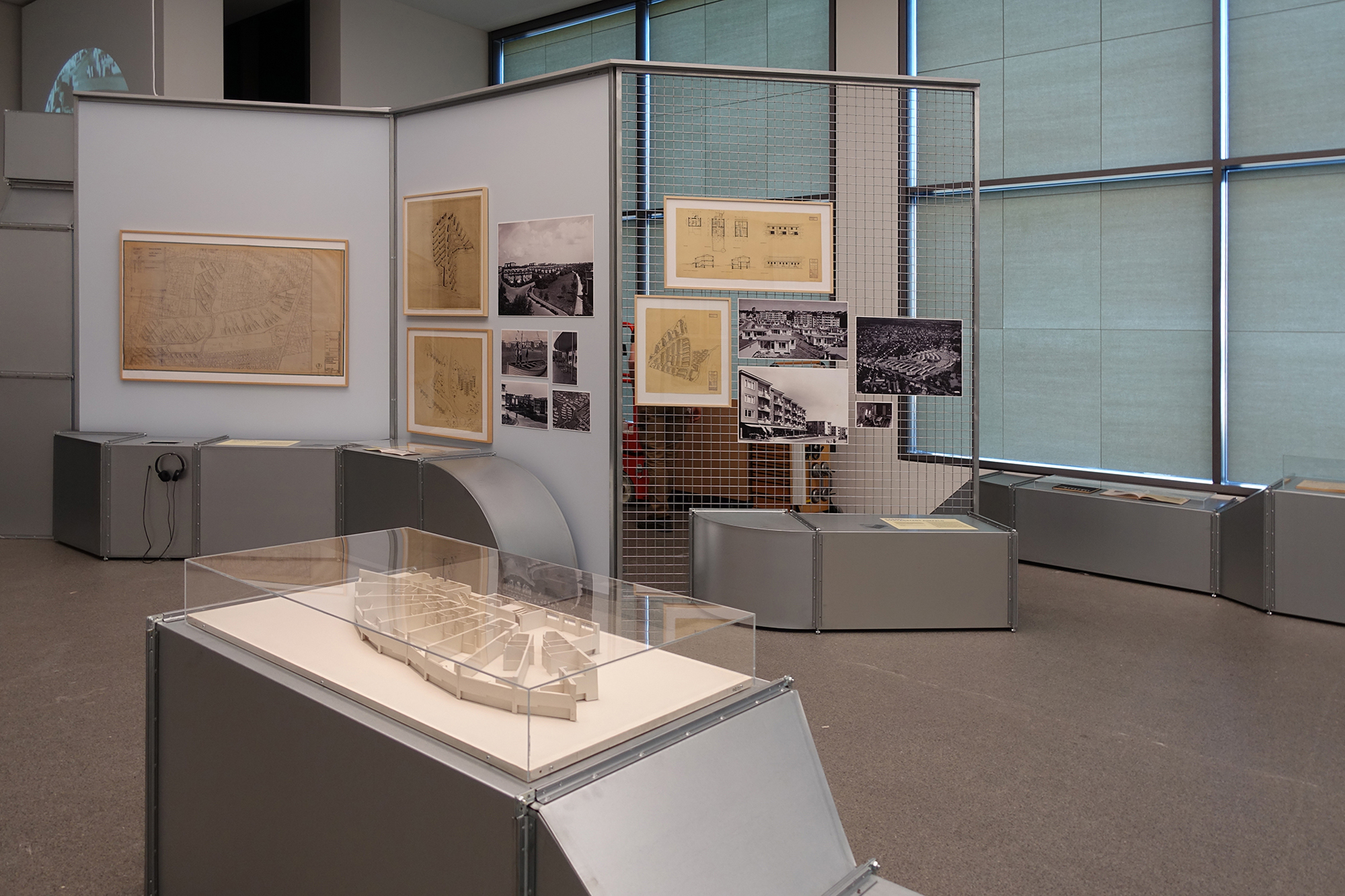 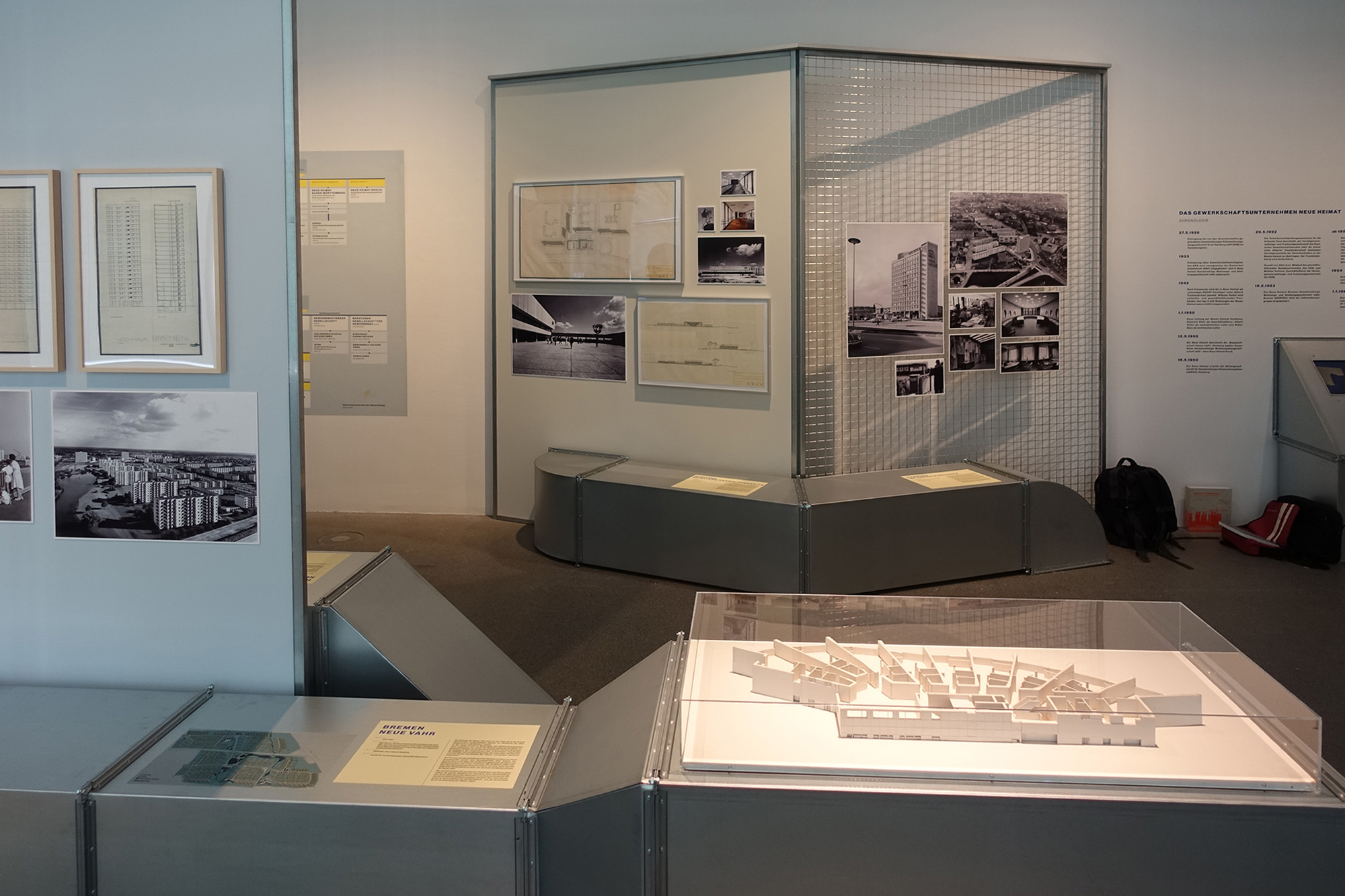 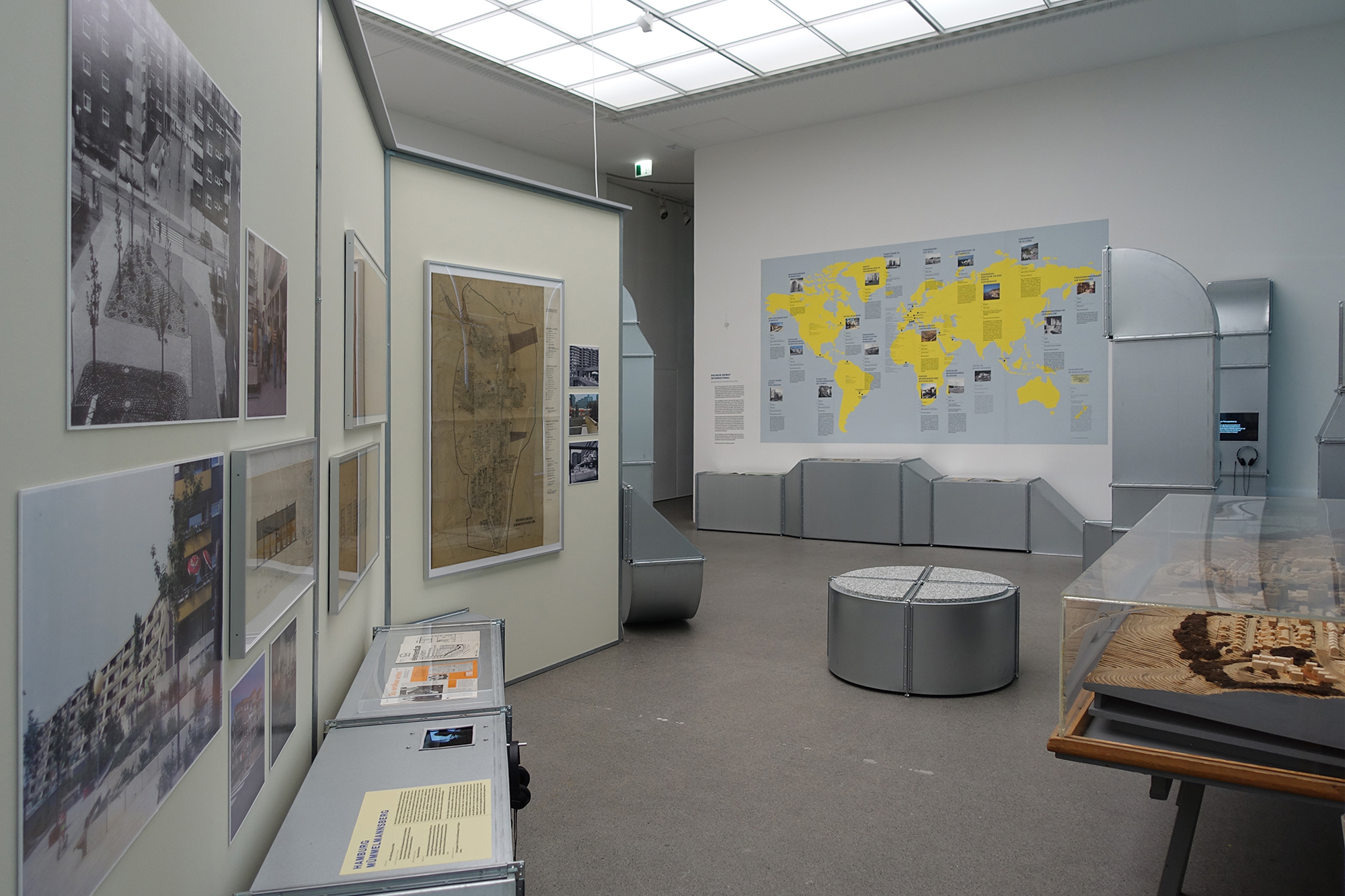 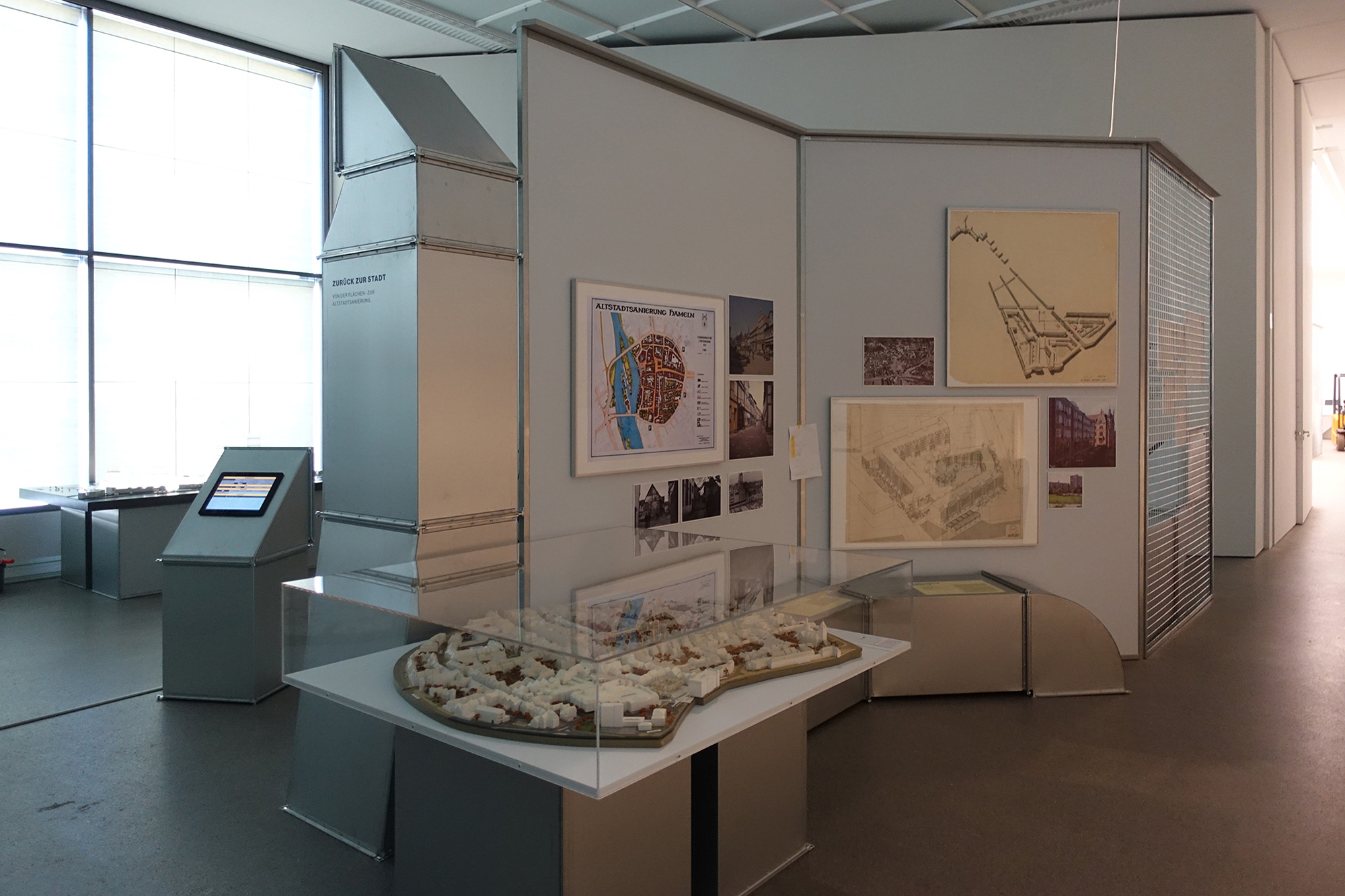 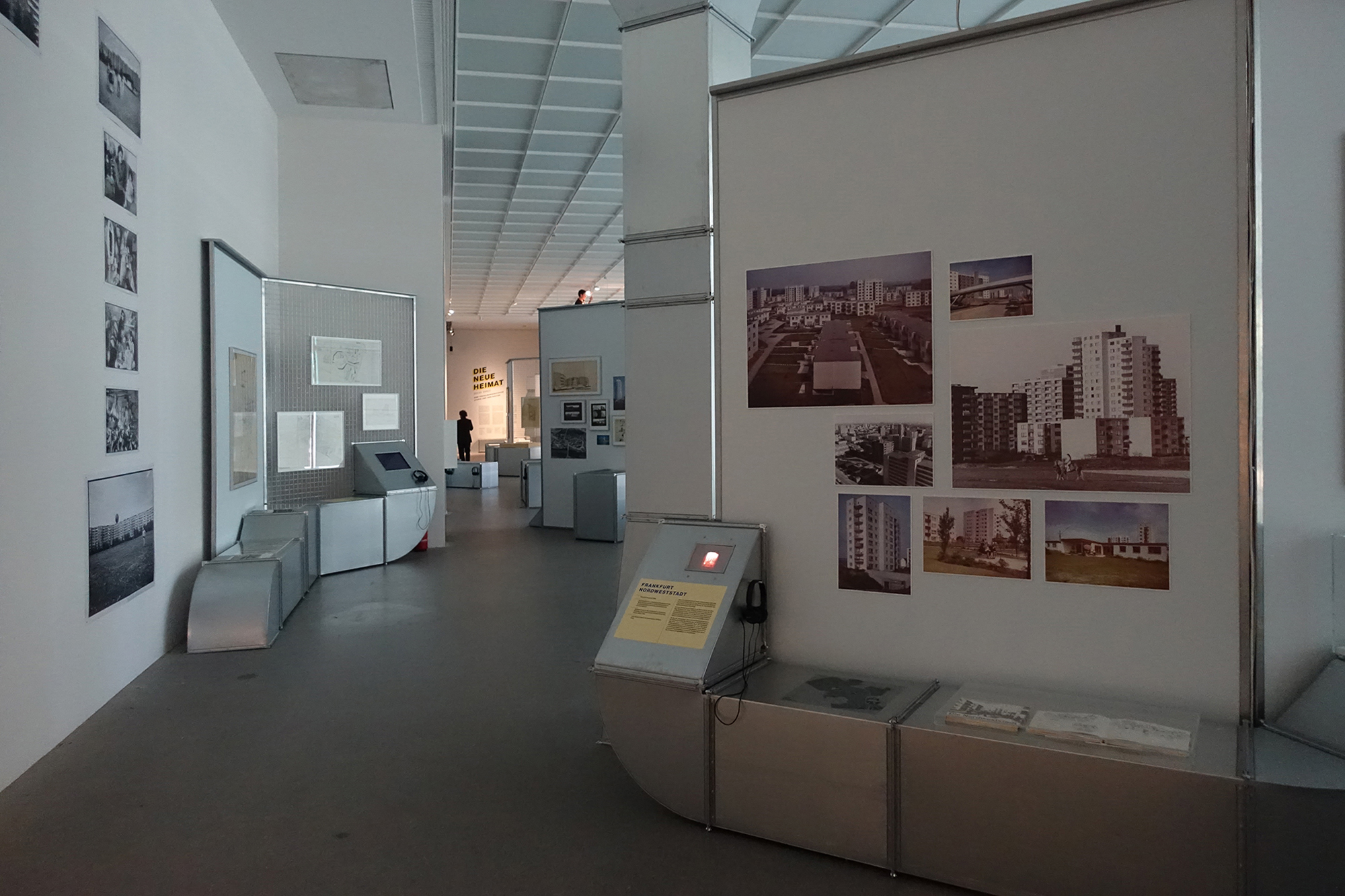 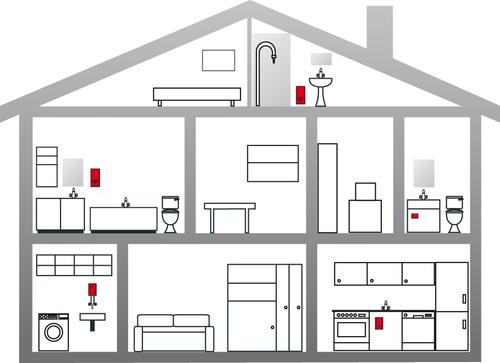 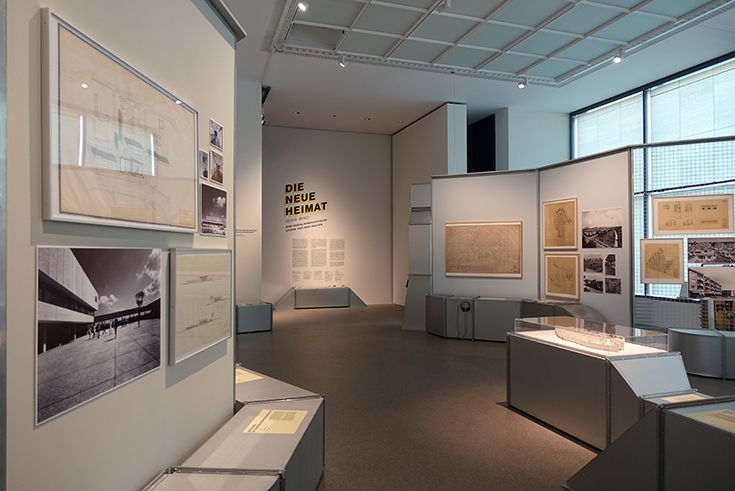